Last night we went to see "White House Down" with Channing Tatum and Jamie Foxx as the president. I loved the movie! Lots of action!! We first met for dinner at Don Cuco's Mexican Restaurant. I can eat Mexican anytime.

Well I know I told you all I was not working Friday's anymore because we are not allowed to work more than 20 hours a week as a part time person at the Hospital so my normal schedule is going to be just Saturday and Sunday but since I took last weekend off and I am off tomorrow I am working tonight. So it is a long back to back jobs day for me! Tomorrow I am off because of a show we go to once a month at the UCB Theater I usually trade hours with a co worker but she is working Debbie's graveyard shift so I got Sam who works graveyard during the week to pick up my shift tomorrow. It is rumored Jane Fonda will be the special guest improver tomorrow night. She was sitting next to friends of ours in the audience a week ago watching a improv show so she will feel comfortable doing one she stated. Fingers crossed she will be there!

Sunday I am only working 8-2:30 we have a special afternoon Movie Interruption,  the next installment of Doug Benson’s Movie Interruption, where Doug and his friends (who, in the past, have included everyone from Jon Hamm to Sarah Silverman, Ben Schwartz, Ed Helms and Zach Galifianakis) chill on the front row couches, mics in hand, and say whatever hilarious thing pops into their heads while a movie of their choosing unfolds on the screen. After June’s Last Crusade, it’s onto another Spielberg-ian jaunt: Hook. Viva Rufio! 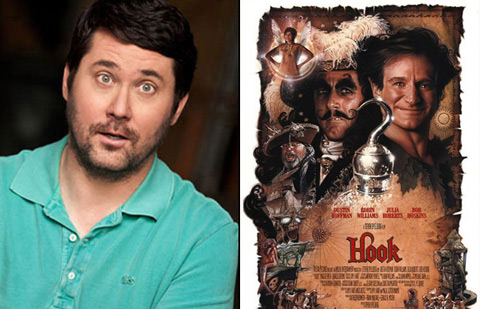 Then after this we will grab a quick bite at Canter's Deli and head to the UCB theater for another improv show called Hot Sauce Something Fresh. Which cats members are Ben Schwartz (House of Lies), Adam Pally (Happy Endings) & Gil Ozeri (Happy Endings) A comedy packed weekend. Have a great one ans see you Monday!

I've heard of a lot of hospitals that are cutting hours. I think it's only going to get worse too.
Sounds like you had a great time in Catalina (I'm commenting on two posts here!). The photos are great. Looks like a lovely place to visit.

Hospitals here cutting hours so they dont have to buy insurance. Doctors are quitting private practice here as well.
Have a great weekend

Hi Dru, We will have to try Canters one of these days. When I was in NY with my parents, there was a cafe at the Edison Hotel that served great food. I had my first authentic matzol ball soup. I hope I spelled that right. There was a place in Temecula for awhile that has great patrami and it closed down. :( Well I will just have to go to NY again! Have a great weekend. Hugs

Hi Dru
Just dropped by to say hi!Have a great weekend and enjoy the show!
(((hugs)))Kaye

Hi Dru!
Just popping in to wish you a great week ahead. Sorry to hear that your hours are being cut back. That's quite a shame! Your shows sound quite humorous and I love the movie Hook!

Have a great day! Hugs

Hope Jane was there...she still looks amazing for her age! What a figure! when I was a student at UCLA and she was an anti-war activist, she came to speak... it was outside along Bruin Walk and Ron Kovic was also there and speaking... she was really good! That was back in her Klute days when she had that shag haircut. :) Have a great week ahead! (((Hugz)))