The first weekend of Summer we had very mild here temps but on Saturday we had the Solstice Supermoon. It was hard taking a good picture but this one makes it look electric! 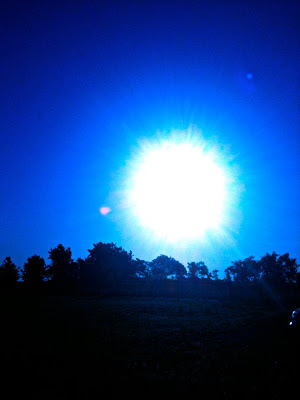 Our show Saturday night was fun and we heard that Jane Fonda might be doing the improv show as a guest real soon. She was in a movie with Ben Schwartz and he had talked Helen Hunt, Michael C Hall, JJ Abrams and Don Cheadle into trying improv for the first time. I sure hope we get tickets for that show. They sell out in minutes and by the way they are only $5 which all the money goes to the school at Upright Citizens Brigade. The Upright Citizens Brigade Improvisational and Sketch Comedy Training Center is the only accredited improv and sketch comedy school in the country. Their trained faculty represents the best writers and performers working in comedy today. Over the last 15 years, the Upright Citizens Brigade (Matt Besser, Amy Poehler, Ian Roberts and Matt Walsh) have developed a unique unified curriculum that is constantly updated and improved by the best improvisers in the world. Upright Citizens Brigade Theatre has affordable and some free, comedy shows seven nights a week in NYC and LA. Watch the best improv, sketch and standup in the country.

Sunday I worked and after work Lisa, Paul & I went to dinner and then to see World war Z and we liked it a lot.


Tonight is the next installment of Doug Benson’s Movie Interruption, where Doug and his friends chill on the front row couches, mics in hand, and say whatever hilarious thing pops into their heads while a movie of their choosing unfolds on the screen. This time, Doug & Co. tackle one of their all-time favorites: 1991′s Point Break! Director. Katherine Bigelow 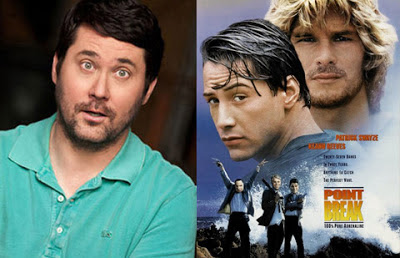 The weather is the opposite here. Hazy, hot and humid with T-storms thrown in and no relief at night. Yucky... :-}
Great photo of the super moon. Point Break was a favorite movie of mine at the time.
Have a great day ahead my friend. Hugs

Ciao Dru.
Thanks for sharing the super moon with me too; it was raining cats and dogs here, so I could not see it.
Have a fab Monday! xo

Hi Dru, very neat picture of the moon!!
I hope you get to see that show, sounds like it would be very good. Have a nice week. ((BIG HUGS))!!

Hi Dru, the moon picture was great! I wonder what we would do if we had no tv and no internet. I would scrap!
Should be doing that anyways. A year ago today I was swimming near a waterfall and at a Japanese temple. Would love to go again.

We had a huge thunder storm today. The noise was awful. Also I had an emergency with my cat which I wrote up on my blog.
The moon photo is amazing!
Have a great evening ahead Dru.

HI Dru sounds like a busy weekend. I do love your electric moon! You are right it is hard to photograph the moon, I forgot how to do it and had to read up on it this weekend so I could get a photo of it myself. Have a great week! Hugs

We had stormy weather and clouds during the super moon so I didn't see much of it. The photo is amazing!
Have a great day.

Wonderful picture !!!
Hope you can see the show and have fun !!

Hi Dru
Dropping by to say hi and see what you've been up to.Love the picture of the moon.Have a great day!(((Hugs)))Kaye