I am off tonight which is part of the cut back in hours at the Hospital. I work tomorrow but I took off Sunday for a show we have in the afternoon and I took  Monday off originally like I said in my last post because I had my annual physical and blood work appointment in the morning, they called to reschedule it so I have a free day. I am not sure what I will do yet? But tonight after work I am getting my nails done the girl that does my toes had her baby earlier than they expected so her hubby who does my nails had to scramble and get someone in there to cover her and they couldn't find anyone for Monday which is my normal standing appointment so we are doing it tonight even better that completely frees up my Monday off. Last night Joe and I saw "This is the End" written by Seth Rogen and Evan Goldberg and we loved it!! Very funny! So many end of the world movies coming out this Summer most more serious than this one.


Sunday which is also Father's Day, Joe and I are going to a very special edition of Doug Benson's Movie Interruption at the Cinefamily Theater in Hollywood. The next installment of Doug Benson’s Movie Interruption, where Doug and his friends (who, in the past, have included everyone from Jon Hamm to Sarah Silverman, Zach Galifianakis, Ben Schwartz, Patton Oswalt & Ed Helms) chill on the front row couches, mics in hand, and say whatever hilarious thing pops into their heads while a movie of their choosing unfolds on the screen. For Father’s Day, Doug &Co. tackle one of their favorite father-son team-ups: 1989′s Indiana Jones and the Last Crusade. 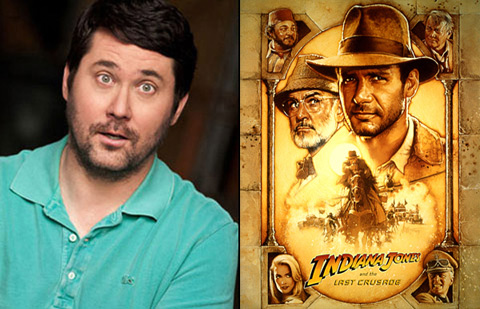 This should be a fun show for sure. We will have dinner at Canter's Deli afterwards since it is right down the street. I love Canter's and usually pick up stuff at their deli and bakery to take home. Have a great weekend all.
Posted by Dru Lowenthal at 12:01 AM

Have fun getting your nails done!! I love having my nails done, but do not do it very often.
Enjoy your show and enjoy your Monday off!! Have a nice weekend. ((BIG HUGS))!!

How great you have a full MOnday to do what you want. Sounds like a great weekend! funny how everyone bailed on you this weekend dr appt and nails, but of course baby comes when baby comes! Have a great weekend. Hugs

Have a great time this weekend Dru.
I haven't had my nails done in years and years.
Happy weekend.
Hugs

Hi Dru! EW gave This is the End a great review and an A rating. So many movies are too silly for me but I think I might want to see this one. (((Hugz)))

So glad you had both Sunday and Monday off work. Hope you had a fab Dru-time! :)