It was great having two days off like a normal person who has weekends off. Sunday was fun we went to the Movie Interruption of Indiana Jones and the Last Crusade I must say the 1989 movie does not hold up over time. The special effects were pretty hokey and the dialogue was pretty corny but it was a fun interruption and it was interupted by Doug Benson the host and guests Paul F Tompkins, Anthony Jeselnik and Zach Galifiankis. 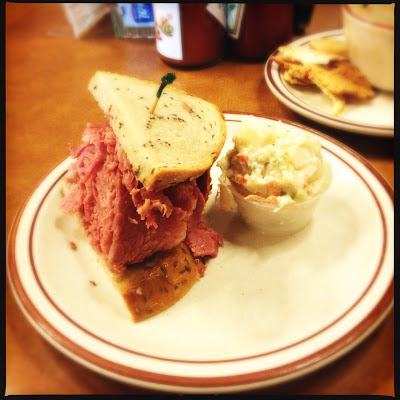 Sunday after the show I watched a couple of Netflix DVD's Gangster Squad which I thought was horrible! Sean Penn they made him up to look I guess like the mobster Mickey Cohen and it was comical looking. Two thumbs down for that. The second DVD was The Words which I really enjoyed with Bradley Cooper.

Monday Lisa, Tiffany & I went to lunch at Granada's Mexican Restaurant in Burbank. This restaurant was there for years and closed down a couple years ago the owners felt it was time. So the employees that worked there for years bought it and reopened it a year later. I had a chicken taco and cheese enchilada. It was delicious. After lunch Paul sent over one of his plumbers to install a new kitchen sink faucet that quite by surprise last week. I turned on and it spayed my whole kitchen. Just like that no warning, it just went out. I was very lucky that they had an opening for me early in the afternoon. So all fixed now! But my vacuum also went out last week the same day I believe as my kitchen faucet. I took it in and the motor is shot so I will have to get a new vacuum some night this week at Best Buy. I saw one that looked the same as my Hoover for a little over $100. 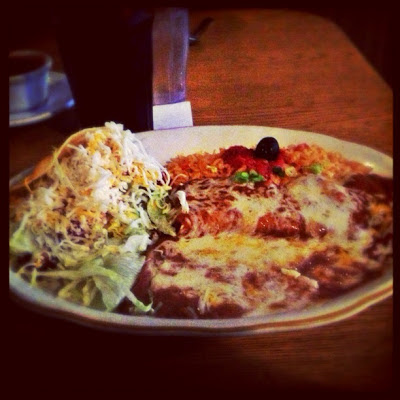 You know they say things run in threes so lets hope you don't have another thing break! I am on number 1 because my Shark mop broke and I just had to buy another one for $69.00, luckily they had an auto rebate on it so I got $10.00 off instantly. YOur weekend sounds great. How nice the employees reopened the Mexican place. My fav! have a nice Wed! hugs

Thankfully Paul's plumbers installed the new faucet for you. Great price on the new vacuum. I forget that we can get great buys at Big Lots. I have one near where I grocery shop.

Haven't been home much this month thanks to my family and I love being able to post ahead with Blogger. Have a great day ahead dear Dru. Hugs

Hi Dru,
the food looks so very good.
Thank goodness the faucet could be replaced.
have a great day.

Hi Dru
That food looks so delicious. I love Mexican food. You are making me crave it now, but, in reality since I am on medications for my spine, I have no real appetite and food tastes all the same to me. I have lost almost 20 lbs since the surgery cuz of that.
Hugs

Hi Dru
Just dropped over to say hi!Hope you've had a great week so far!(((Hugs)))Kaye

Your meal looks wonderful! So great that the employees were able to buy the restaurant and continue its tradition.

I need to replace my vacuum soon as well. Can't do without those things!