Tonight after work Joe and I have a show at the Nerdist Theater on Sunset in Hollywood. If any of you watch the Talking Dead after the Walking Dead the host Chris Hardwick is the owner of the Nerdist Theater that is in the Meltdown Comic Book store. In the "Benson Interruption" instead of interrupting movies he interrupts comedians that come up, usually they are a surprise but I heard two that will be there tonight which are Zach Gallifinakis & TJ Miller the rest will be a surprise. We will have dinner before the show at El Compadre Mexican Restaurant. This restaurant has been there since I was a kid. We use to go there when we lived off Melrose Blvd in the 50's.

4. Name one movie you wish you hadn’t wasted time/money on recently: I am very careful about what I see in the theaters. I will wait to rent a movie on Netflix if I feel iffy about it.

7. Do you watch more movies at home or at the theater? More at home I have such little time with working 7 days a week and all the TV shows I watch. In the Fall season I put my Netflix DVD on hold I just keep the streaming account open.

8. Is there a time of year that you watch more TV? Fall & Spring when all the shows are new!


And of course a few pictures of Layla & Lily. She is 11 weeks old today. 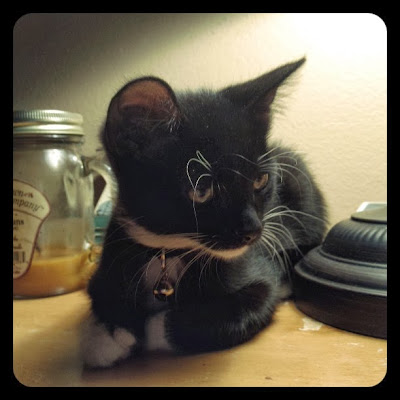 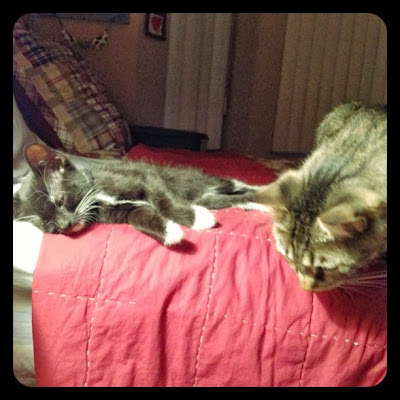 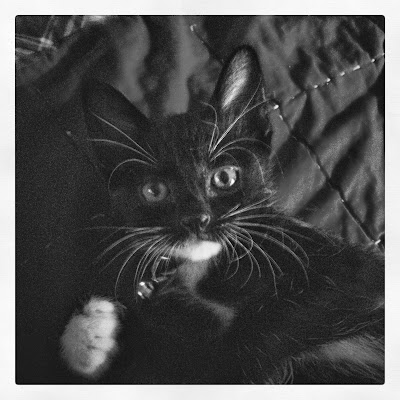 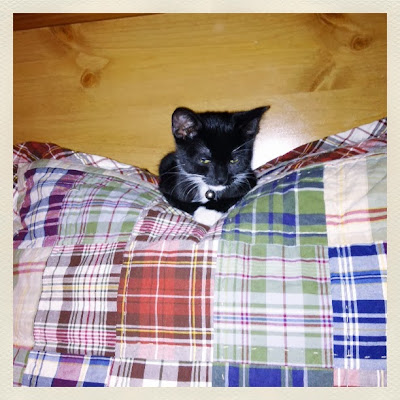 She is really a very sweet kitty but I am afraid she is going to be wild like Lily was and still is. She is so hyperactive just like Lily is and was as a kitty. Billy Elliott was playful as a kitty but much calmer and mild mannered than these two.

Hi Dru, I like a lot of the same movies as you. I was sad to see CSI NY go and Smash. Glee will be leaving too in another season I think. I might take your Meme. Looks the kitties will keep themselves busy since they are alike. That is good. Have a great week. Hugs

Hi Dru,
She is just so cute. She looks so comfy on the pillow.
I watch so little tv anymore. But I do like Grimm, which I see on Hulu and The Neighbors, Hawaii Five 0 and Blue Bloods, Person of Interest.
Its a shame they took off Law and Order, it was a great show.

I forgot about Chicago Fire in my #1 answer. I love that show too. I didn't care for the new version of Ironside and only watched the very first one but I'm surprised they cancelled it already. Yummy on the Milk Duds too. ;-}
Layla is young yet and maybe just maybe she'll calm down. Although Lily might keep her going..

Have a lovely day ahead my friend. Hugs

Hi Dru! I think we are taking meme's from Sunday Stealings. lol I just did one too that I found on the blog. I loved all your meme answers. Layla is getting prettier by the day, I think. I can relate to a hyper kitty. Lucy is crazy hyper, we've never had a cat so insane and into everything. Hope you have a great Tuesday. Hugs

Came back to see the kitty photos again. LOL.. so darn cute.