I had a wonderful Holiday weekend. I got off early on Friday and Joe and I headed to Birds Café in Hollywood. I had their yummy rotisserie chicken and new on the menu baked potatoes. 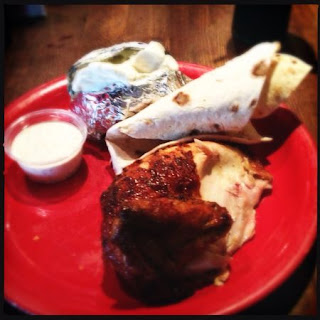 After dinner was the Ronna & Beverly Show at the UCB theater and it was hysterical. We are going to go again in June. They are taking the show to London and will be back at UCB at the end of June.

After the show we met up with Lisa and Paul, Justin with 2 of his friends who joined us to see Hangover 3. By the way we loved it. Phooey on the critics! But the funny thing that happened was while Joe and I were in line for the Ronna & Beverly show earlier I recognized this girl and asked Joe was that the actress we were talking to at the last Ronna & Beverly show in line? He said it was not. 10 minutes into the movie Bradley Cooper's wife was in a scene and that was the girl I was asking Joe about. She has played his wife in all three movies. I looked her up and she has been on lots of TV shows and movies. She most recently played the wife of Jack in the Jack in the Box commercials. I am quite the savant when it comes to recognizing faces from TV and movies. While in line Patricia Arquette walked by and Cybil Shepherd was at the show along with another actor  John Harbour whose name might not be familiar but his face sure is.

I worked Saturday and Sunday. After work on Sunday I went with Lisa to Costco I so seldom get to go shopping there because I am just too busy so I had a lot of fun. I usually have her get me my AMC movie tickets they are $15.95 for 2 which is a great deal at $8 a piece. Paul BBQ's steaks for dinner after shopping and I spent the evening.  Monday I was off and Paul & Lisa had a Memorial Day BBQ they had hamburgers, hot dogs and all the fixings. There were about 25 people there. Our temps were in the low 80's it was perfect pool weather. 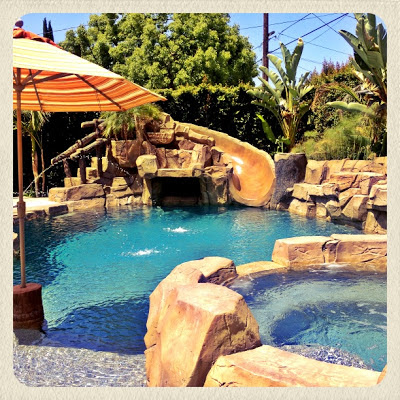 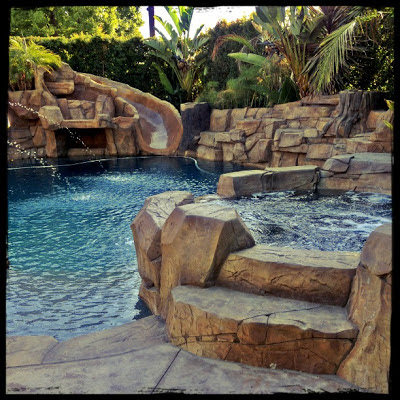 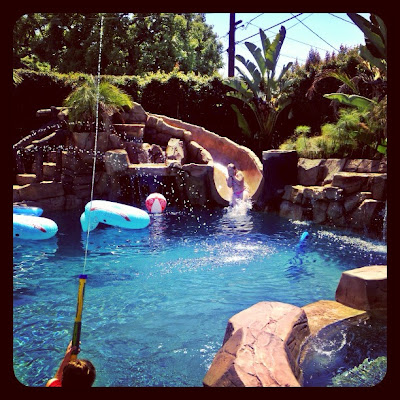 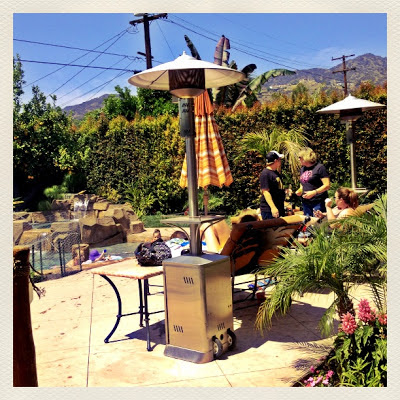 I'm finally home long enough to sit and visit. :-} Your weekend and holiday sounded perfect for you. The rotisserie chicken dinner looks real yummy. Correct me if I'm wrong but isn't Annie Potts one of the old show "Designing Women"? She was my favorite on that show.
We had real winter weather for Saturday and Sunday here. In the 30's and 50 during the day. It was strange to see heavy frost in the mornings. Yesterday was nice in the 60's. It supposed to get better and summer like (finally) the rest of the week.
Have a great day ahead my friend. Hugs

Hi Dru! Yes, I know you are good at recognizing actors... I know you did that when we were at lunch one time. I am bad at recognizing almost anyone if they are "out of context"- for example, I would recognize teachers in school but not when I bumped into them at the market. I don't think I'd make a good witness to a crime! :D The pool looks like fun- I have 2 wet dogs sitting by me right now- they went into the spa while we were at Costco. (((Hugz)))

Have a lovely evening, Dru! xo